Submitted by webmaster on 6 January 2022

I grew up in the town of Truro Nova Scotia until I was about 13 years old. I remember my grandmother and her sisters worked at Stanfields, as many did in those days. She used to bring home odds and end cuts of fabric to mend into all kinds of clothes and stuffed toys that she would pass on to her poor grandchildren. Boy, some of the outfits we had to wear to school!

I got to thinking about my grandmother and the things she used to make for us during Christmas of 2021. My favourite, was this little stuffed mouse. It was small and red, with a white sequenced cloth belly. Like the cloth you would see on pj's that came out of the Stanfields factory in the day. I would carry that thing everywhere. Then, the Tweety Bird costume she made for me for Halloween. A great big yellow head stuffed with news paper, yellow feet, the fat body made of more left over cloth from Stanfields and stuffed with news paper. I still remember the local teens jumping out from behind the gravestones in a graveyard that we had to pass, to get into the candy rich part of town, and chasing us down the road in pursuit of our treasure. I ran like a slow noisy wind, the news paper rattling inside the over built, saggy cloth body. Couldn't see anything through the shifting news paper and tiny eye holes, the awkward large paper filled body wouldn't help for a speedy get away either... I was knocked to the ground, my Tweety head was ripped away, spilling the news paper out... As the wind blew the paper down the road, with the teens laughing so hard, I managed to squirm away with my sweet booty.

Ahh, those were the days.

The history of Stanfields runs deep in Canada. It has been running as a Canadian company since 1856. To my knowledge, that is the longest any company has ever persisted here. Remaining entirely Canadian where so many have failed.  95% of their product is made in Canada! That has to be impressive.

The origins of the Stanfields company began with Charles Edward Stanfield working in Bradford England at his uncles woollen mill, Stanfield. Bradford England, was known as the center of the woollen industry at the time. This is where Charles would apprentice under his uncle. His uncle often saying “We want to make them just as well as we know how, and we want to learn all we can, so that no one can possibly make them any better. And if they last a lifetime, why there is always another generation to sell.”. He would gain extensive knowledge and hone his appreciation for what hard work and quality mean. Charles was a lad eager to learn, interested and confident in the future of the industry. He would go on to be the master of his own woollen mill, taking an honest pride in what the mill produced. Charles kept pride in that, his product was not churning out as much as other mills, but there was an undeniable quality coming from his establishment. Charles built a company on real worth.

Charles loved the business of it, he had a restless spirit and wanted to bring his ideals to other places. He discussed it with his uncle, who was getting on in years and had no interest in expanding his own. Charles would set his eye on Canada. Realizing that Canada was a "new" growing country, there was great opportunity there. His uncle would agree after much discussion, gave his blessing and would financially back his nephews endeavour. Charles set across the Atlantic to Tyron Prince Edward Island, bringing with him all his skill and pride.

In Tyron he would meet Samuel E. Dawson through his sister. They went on to found Tyron Woollen Mills. The mill would produce products of impeccable quality. There was no "marketing" that could be done in those days. Everything was word of mouth. So, your product had to be of the best of the best if it was going to succeed. Which they had.

Charles was getting beyond his adventuring years after some twenty years in Tyron. He was looking to build something for his growing family. Business in Tyron was successful enough, but lacked the ability to grow much further. He set his eyes on Truro Nova Scotia. Driven by the idea of success and the fact that Truro, being a mostly flat fertile agricultural mecca at the time. Quickly realized he found a place where his business ideals could grow. Truro was, as is now, the transport hub of the province. All roads and rail go through this "shire" of the province. His eyes were set on Truro, Nova Scotia.

Charles sold his interest in the mill to his brother in-law Samuel, crossing the Northumberland Straight to further his dream.

Arriving in Truro he seen the possibilities as they unfolded in his mind. There was all the amenities for success. Agriculture to supply his factory with what they needed, water access and a new railway that passed right through the town, a major shipping hub, Halifax a stones throw away. That would give him a way to distribute products to the entire country. Indeed, to the entire world. And, there was himself. How could he not succeed?

The first factory was completed in 1870, across the road from the railway station. Charles would also become involved with another woollen manufacture by the name of Alexander Dunbar in Saint Croix. He would invest in Alexanders, St. Croix Woollen Mill. Some two years later Charles found a perfect home for his dream. Salmon River, just two miles out of Truro. He was now thinking he could expand in a proper manner. He sold his interest in the St. Croix Woollen Mills to Alexander in 1872. Charles now had the means to build the factory and expand his brand. He went to work planing the Stanfields factory that stands on the bank of Salmon River to this day. That factory was completed in 1882. Now, there was the ability to mass-produce.

In 1872 Canada was new. The people were still very much dependent on Great Britain for everything, including cloth. People were very conservative, many of them were new comers to Canada from Europe and still embedded with their beliefs from there. Times were tough for Stanfields during the first few years. He had a new factory full of employees to support, keeping the flow of materials that were required coming to the factory, and a young family. Things were being stretched. How would this new factory sustain everything without sales?

Charles was not to be dissuaded from what he knew would be success given the time to prove it. He knew his product was far superior to anything from Europe. He knew creating woollen products and distributing them from Truro would be far more profitable. The first products to come out of the Stanfields factory would be a line of Cardigan jackets and Bannockburn tweeds. Even coming up with a new product of the time, "Stocking by the Yard". All Stanfield, all highest quality of course. The name quickly spread word of mouth amongst purchasers through out the maritimes. But, the factory was still not much of a money maker. People still bought British made wares. People would say, "If you want these goods, you have go to Great Britain for them." “Not so,” Charles would say, “if you want them, we will make them for you here, and we will make them as they should be made, and stake our reputation on their quality.”.

Remember, British Columbia had joined Canada the year before, 1871. There was no railway in place that far west. It went as far as Montreal at that point. Many of the provinces that we know, did not exist. That is how far ahead Charles was thinking. He held onto his faith that Stanfields would be successful.

With all that embodied Charles Stanfield, he passed onto his sons. John and Frank. Together they made the Stanfields name slowly grow, word of mouth, taking out ads in small local news letters that scattered the country, selling small amounts of cloth and products, all the while holding on to their strong ethics. Everything created from their factory was undeniably the highest quality and, all of the raw materials came from the farmland surrounding Truro. They had the communities support.

John and Frank Stanfield knew the company was suffering. They knew that marketing the multitude of products they had to offer was costing as much or more than they could bring in. The Stanfields line was very extensive for the time. Keeping up with ads in the hundreds of small local news letters across, what was considered Canada then, was troublesome and expensive. They pushed their father to reduce their varied line of products in hopes of reducing costs. Their father Charles decided to sell his interest in the company to his sons in 1896.

In years past, the sons investigated why their top selling woollen product was shrinking. They seen that the answer to that question would seal the success of the company. At last they fixed the problem, coming up with, "The Unshrinkable Underwear". The brothers would go on to narrow the lines of products the factory would produce. Scraping the machinery that made the woollen cloth and the line down to fewer products. Now they concentrated on steady progress to succeed. And boy, did they ever!

It wasn't until 1886 that Stanfields would gain great success during the gold rush. A time when some 100 000 plus people made their way from Halifax Nova Scotia, to the other side of the country, to a sparsely populated, very rugged territory called, Yukon.

Stanfields found their gold. Between 1886 and 1889, Stanfields became known for their "Unshrinkable Underwear". If anyone has been to the Yukon, you know it gets damn cold up there! So people that were chasing the dream of striking gold in the promised harsh land of the Yukon. They wanted clothes that could handle the conditions and last. Well, Stanfields delivered! Their heavy, warm, woollen underwear were sought after. Their products were reaching territories of the unknown.

The Stanfield name has since spread through out the history of Canada. Since 1855, when Charles Edward Stanfield arrived in Tyron, Prince Edward Island and met Samual E. Dawson. I wonder what they thought of one another when they shook hands and looked at each other?

Stanfields and maple syrup are as Canadian as the other. Their name is in industry and politics, in our homes, even on our underwear. Wear them proudly, They are Canadian. 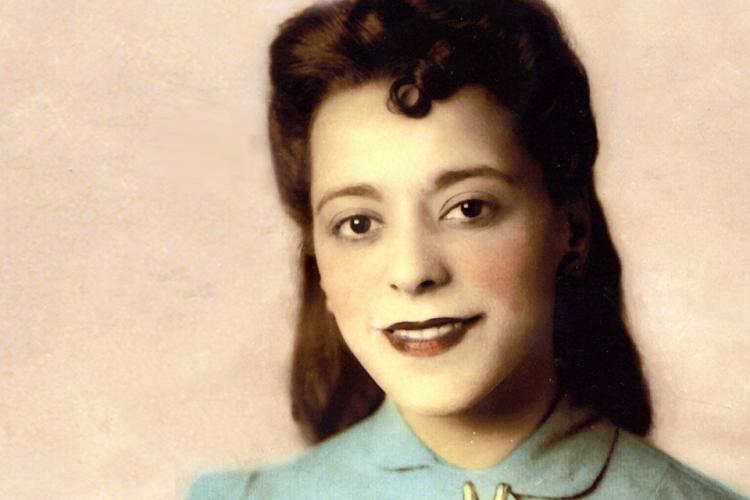 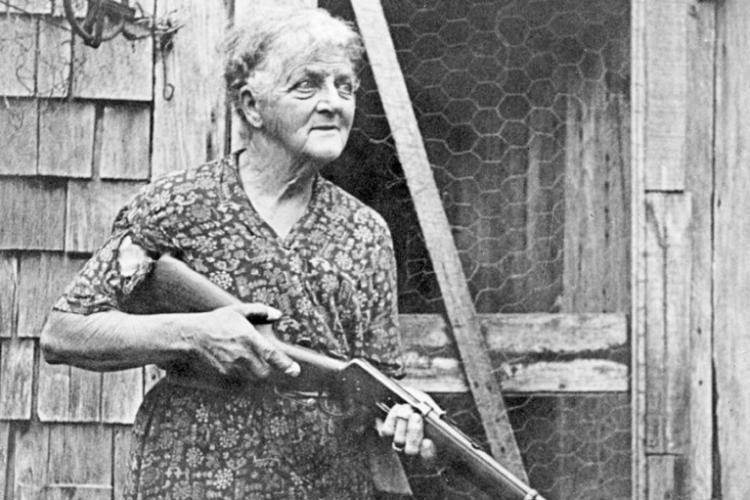